We’ll be expanding our programs to include customers who heat with oil and have a household income of less than $70,000. Program details are still being developed and applications will be available January 16, 2023.

The Beaverbrook Art Gallery is the largest art gallery in the Atlantic Region, as well as New Brunswick’s officially designated provincial art gallery, featuring over 5,000 works of art from around the world in its permanent collection. In recent years, the Gallery has expanded its collection to include a wider selection of modern and contemporary Canadian and International art. The Beaverbrook is home to notable works by Salvador Dali, J.M.W. Turner, the Group of Seven, Dennis Oppenheim, and many more.

As a gallery housing art work of this significance, it is essential to maintain very strict control over temperature and humidity within the facility, to minimize the potential for damage to the art. For many years, the temperature control system of the gallery was fighting itself, simultaneously heating and cooling in an attempt to maintain a stable environment, and as a result used significantly more energy than needed in the process.

The antiquated system also included pneumatic controls, which meant the system reacted slowly as compared to a more modern digital system complete with a variable speed drive that can maintain tighter control over the requested temperature and humidity. As a result, the Gallery’s heating and ventilation system had to work much harder than needed, leading to higher energy consumption, as well as unnecessary wear and tear on the mechanical system.

Through NB Power’s Commercial Building Retrofit Program, the Beaverbrook Art Gallery received $2,000 for their energy audit. The audit helped determine which upgrades would be most prudent in order to reduce energy consumption, while also maximizing control over the temperature and humidity. After the upgrades were completed, the Beaverbrook received $64,830 in incentives for their efficiency upgrades.

The retrofit involved replacing the motors for the air handling unit, replacing the pneumatic controls (which were at the end of their useful life) with new digital controls, as well as installing a half-dozen variable frequency drives (VFDs) in the building. The new digital controls communicate with the VFDs, which can ramp the associated fans up or down depending on the air conditions, and provide more nuanced control. The controls also allow the temperature to be adjusted by zone, meaning that conditioned air is only provided to the sections of the building that actually need it, again reducing the strain on the mechanical equipment.

Thanks to these advanced controls, Beaverbrook is now able to more easily maintain standards set by the Canadian Conservation Institute, ensuring temperature fluctuations of less than 2 °C and 5% humidity from the ideal gallery conditions (22 °C and 50% humidity). This in turn ensures that Beaverbrook will continue to have access to some of the most important works of art in the world.

Finally, the building’s high-pressure sodium exterior lights were replaced by LED lighting. The installed LED lighting is more crisp and direct compared to the former muted light of the sodium bulbs, establishing a more secure environment, and a more vivid, colourful looking building. These lights use two thirds less wattage as the old bulbs, and are also controlled by an astronomical clock and photocell to ensure that they’re only coming on when needed. 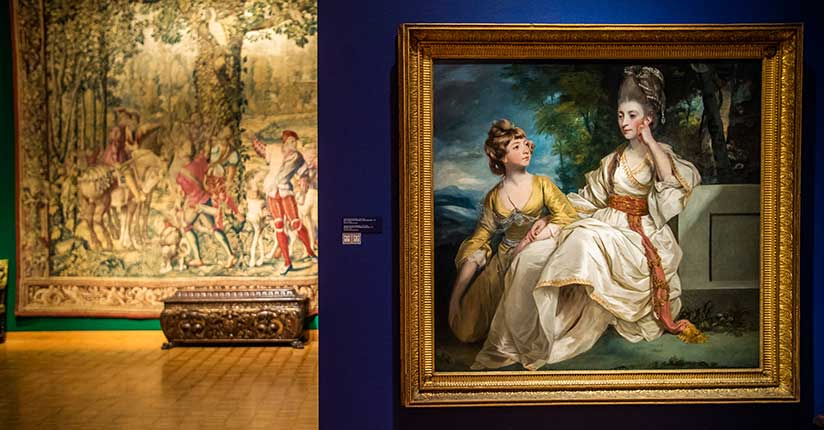 In addition to the upgrades completed through the Commercial Building Retrofit Program, the Beaverbrook has taken every opportunity to continue making energy efficiency improvements alongside subsequent renovations. As a result, the Beaverbrook Art Gallery was able to complete an expansion of 5,000 square feet over three levels, including the addition of an on-site café, without seeing an increase in their energy bills. These energy savings mean the Gallery will continue to be sustainable into the distant future, and will allow them to put more money into programs and exhibitions that will only enhance the overall experience for their guests.